(Version 2, 2017) Book 2 of the series presents new and enlightening discoveries from 30 years of research into Bible prophecy. This new look at Bible prophecy presents strong evidence that the coming beast and false prophet of the book of Revelation are based solidly in Islam and Muhammad. When the head of the beast has a fatal wound, it represents the death of the Ottoman (Turkish) Empire in World War 1. Which means this is the "head" that will come back to life again to wage jihad upon the world. The second beast of Revelation is Islam, the two horns representing the two factions: Sunni and Shite. Islam has encoded in its teachings- murder, lying, plunder, slavery, rape, warfare, and even terrorism as part of its official religious doctrine. Jesus said that the thief comes only to steal, kill and destroy, and this is exactly what Islam has done from its beginning. No other religion so completely fits the description in the Bible of the beast and false prophet than Islam. Islam is different from all the other religions that do not believe in Jesus, because Islam officially declares that Jesus is not the Son of God (Quran 4:171; 18:4-5), which is the Biblical definition of Antichrist: "Who is the liar but he who denies that Jesus is the Christ? This is the Antichrist, he who denies the Father and the Son" (1 John 2:22). Islam ruled the second largest empire in history that stretched from the Atlantic Ocean to the borders of China. Millions of Christians have already suffered and died under Islam's armies of conquest, and Christians are still dying today in Egypt, Iraq, Syria, Nigeria, Sudan, and many other places. The spread of Islam has left a trail of blood, suffering, and destruction like no other ideology in world history. This book includes a history of Islam's war on Christianity. No one could invent a more evil cult. For hundreds of years the Muslims of North Africa captured European ships, and then American ships, and enslaved the passengers and crews. They even raided coastal towns and dragged people out of churches and into slavery where they were beaten and abused in order to pressure them to convert to Islam. This book shows how and why the beast of Revelation is based in Islam. It also includes Daniel 11. The details presented is like no other book. For example: The verses of the Quran are called, "miraculous signs," and Rev. 13 says that the false prophet deceives people with "miraculous signs" (NIV). Fortner's interpretation of Revelation is truly eye-opening. The mark of the beast is also presented with new and enlightening information. Even the image of the beast has a surprising new interpretation. But the beast's empire will not rule the entire planet. The author proved that there will never be a one-world government, many times over, in Book One. This is Book Two in the Bible Prophecy Revealed series. You will get the most out of this book if you have read the first one, titled Discoveries in Bible Prophecy, but it is not required. There are other books out that correlate what Islam teaches with the expected Antichrist, but they do not have the details found in this book. The author actually proves that some of the details in the other books are wrong. For example, he proves that the new theory on the mark of the beast taught by Walid Shoebat and Joel Richardson is totally wrong. Chapter 1: The Beast of Empire 2: A Brief History of Islam 3: The Scarlet Beast 4: The Two-Horned Beast 5: The Mark, Name, & Number of the Beast 6: Historical Views 7: The Antichrist 8: The Muslim Brotherhood's Plan 9: A Summary of the Great Tribulation 10: Final Words 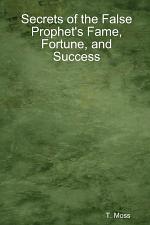 Secret's of the False Prophet's Fame, Fortune, and Success 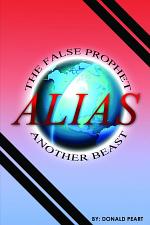 The False Prophet, Alias Another Beast

Authors: Donald Peart
Categories: Religion
The False Prophet, Alias, Another Beast is a comprehensive study manual that exposes the purposes of "another beast," called the false prophet.

The Beast and False Prophet Revealed

Authors: Michael D. Fortner
Categories: Religion
(Version 2, 2017) Book 2 of the series presents new and enlightening discoveries from 30 years of research into Bible prophecy. This new look at Bible prophecy presents strong evidence that the coming beast and false prophet of the book of Revelation are based solidly in Islam and Muhammad. When 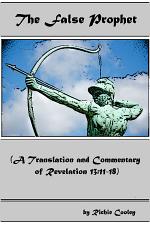 The False Prophet (A Translation and Commentary of Revelation 13:11-18)

Authors: Richie Cooley
Categories: Religion
This booklet explores the description of the False Prophet of the eschaton. The notes are written from a futurist, fundamentalist perspective. This is the new, edited version.

Authors: Melvin Miller, III
Categories: Religion
This book is about the authors abuse of and recovery from heroin. He finally opens up about his experiences, strength and hope much because of the gravity of the situation we are facing here in America and he suspects abroad. This book is meant to educate families of addicts and