In The First Messiah renowned Dead Sea Scrolls scholar Michael O. Wise brings to light the life of Judah, a forgotten prophet who predated Jesus as a messianic figure by a century and has had a profound impact on the course of Christianity and Western civilization. Although Judah, known in the Dead Sea Scrolls as the Teacher of Righteousness, preached a message distinctly different from that of Jesus, the parallels between their lives are striking. Sharing with his successor a strong foundation in earlier written revelation, Judah came to believe--through meditation on Holly Writ--that he brought a divine message from God; like Christ, Judah's claims to messianic status led to his arrest and condemnation. Judah's warnings of Jewish apostasy and his apocalyptic prophecies, combined with powerful personal charisma, also built a movement that survived his death and even grew into an institution comprising bishops, priests, and laity. Unlike Jesus, Judah left behind a personal testament, in his own words, of his relationship with God. By analyzing the Thanksgiving Hymns discovered among the Dead Sea Scrolls, Wise uncovers the basis of a groundbreaking understanding of the prophetic mind. In so doing, Wise deepens our understanding of Christ, his impact on the Jewish community of his time, and even his interpretation of his own messianic role. The parallels between Judah and Jesus blaze forth in sharp relief: Both declared themselves prophets. Both were hailed by followers as He Who Is to Come and worked attendant wonders. Both founded vital and long-lasting movements before leaving this world. In all these things, Judah was first, anticipating the far more famous prophet from Galilee. How can these similarities be explained? A century before Christ, a man came to Jerusalem who became known as the Teacher of Righteousness. In The First Messiah, distinguished Dead Sea Scrolls scholar Michael O. Wise provides a detailed examination of Judah, a figure whose life and prophecies helped lay the foundation for the acceptance of Jesus as the savior. Drawing on ancient texts as well as contemporary anthropological thought, Wise reveals compelling parallels between early prophets such as Judah and Jesus, and messianic figures who have emerged through the ages to the current day in cultures around the world.

Authors: Michael O. Wise
Categories: Religion
In The First Messiah renowned Dead Sea Scrolls scholar Michael O. Wise brings to light the life of Judah, a forgotten prophet who predated Jesus as a messianic figure by a century and has had a profound impact on the course of Christianity and Western civilization. Although Judah, known in 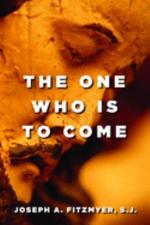 The One who is to Come

Authors: Joseph A. Fitzmyer
Categories: Religion
Messiah is one of the most popular and most contested terms in Christian reflection, with many often reading the concept back into early Old Testament texts. Joseph Fitzmyer carefully and comprehensively contradicts this misreading, tracing the emergence of messianism to a much later date - 2nd century B.C. 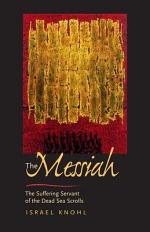 The Messiah Before Jesus 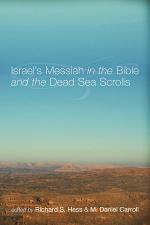 Israel's Messiah in the Bible and the Dead Sea Scrolls

Authors: Richard S. Hess, M. Daniel Carroll R.
Categories: Religion
""This volume is exemplary of evangelical scholarship at its best. The theme is pertinent, indeed basic, to all expressions of Christianity, and the contributors engage their subject with the passionate inquiry and critical acumen it deserves. The essays are comprehensive in scope but unpredictable in conclusion, displaying a diversity of 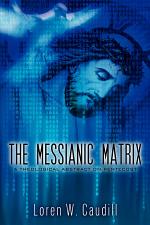 Authors: Loren W. Caudill
Categories: Religion
"The Messianic Matrix" is a thrilling journey of theological concepts that define the Pentecostal experience. It is a groundbreaking and sweeping endeavor that utilizes the best of modern scholarship.