A sumptuously illustrated adaptation casts the powerful imagery of F. Scott Fitzgerald's great American novel in a vivid new format. From the green light across the bay to the billboard with spectacled eyes, F. Scott Fitzgerald's 1925 American masterpiece roars to life in Katharine Woodman-Maynard's exquisite graphic novel--among the first adaptations of the book in this genre. Painted in lush watercolors, the inventive interpretation emphasizes both the extravagance and mystery of the characters, as well as the fluidity of Nick Carraway's unreliable narration. Excerpts from the original text wend through the illustrations, and imagery and metaphors are taken to literal, and often whimsical, extremes, such as when a beautiful partygoer blooms into an orchid and Daisy Buchanan pushes Gatsby across the sky on a cloud. This faithful yet modern adaptation will appeal to fans with deep knowledge of the classic, while the graphic novel format makes it an ideal teaching tool to engage students. With its timeless critique of class, power, and obsession, The Great Gatsby Graphic Novel captures the energy of an era and the enduring resonance of one of the world's most beloved books. 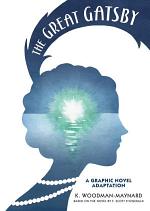 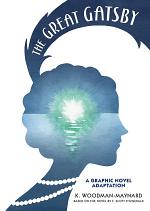 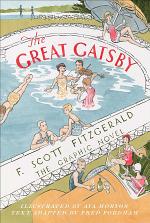