This book's goal is simply to provide information from Quran, Hadith, and Scholarly explanations / Quranic interpretations about the story of Jesus and the counter arguments in the Quran about Jesus, and other Christianity fundamentals. The book will take you back in time and narrate Islamic viewpoints on the day of the crucifixion, the story of disciples of Jesus, Mary,Jesus's disciples and more - all from an Islamic standpoint. You will come to know about the Quranic verses that are specifically addressed to Christians about some of the claims of Christianity, Jesus, and more. In this information packed book, you will learn the following:• The story of the birth of Maryam (Mary) to her parents Imran and Hannah• Maryam's (Mary's) mother promise to God (Allah)• What Allah said about Maryam about her birth• The story of the Rabbis, and Zakkariyyah in Bait Al-Maqdis in Jerusalem• The story of the Jewish Rabbis' lottery about them competing to adopt Maryam• The Hint from God (Allah) to Maryam about Jesus (Eesa's) birth• Maryam's ordeal during and before Jesus's (Eesa's) birth• The Quranic story about Maryam and the Angel that spoke to Maryam• The birth of Jesus (Eesa) in Bethlehem as mentioned in the Quran• Jesus speaking from the cradle in defense of Maryam (Mary)• Ibn Kathir's depiction on how certain Jewish priests hid the birth of Maryam (Mary)• Jesus's (Eesa's) teachings and how they parallel in the Quran and the Bible (Injeel)• Ibn Kathir's story on Jesus's visit to the Jewish temple the night prophets John (pbuh) and Zakariyah (pbuh) died• Islamic views on disciples of Jesus• The story of Jesus's disciples in the Quran• Islamic view on how the story of disciples in Christianity contradicts Biblical teachings and Quranic teachings• Miracles of Jesus (Eesa) as described by Allah• The story how Jesus (Eesa) was asked to prove his miracles• How Angel Gabriel (Jibreel) supported Jesus (Eesa) to do miracles that many mistook as Jesus (Eesa's) miracles• How Allah explicitly mentions that Jesus (being a human being) was granted some powers (through the Angel and others)• A presentation about the strong affirmation in Quran on howJesus (Eesa) was not crucified• The Islamic story about how Jesus (Eesa) was convicted of crimes by certain Jewish priests of the time• The Islamic story about how Jesus (Eesa) spoke to five of his companions about the crucifixion• How Christian scripture too supports that Jesus was not God• Quran's explanation in Quran about the Christian claims of making Jesus (Eesa) as son of God• How Allah questions Jesus about him being worshipped by people• The story about Jesus's (Eesa's) second coming in Islam• The hadith about Jesus breaking the cross in his second coming• Explanation on New Testament's contradictions about Jesus's (Eesa's) life• and much more.......

Authors: Iqrasense
Categories: Religion
This book's goal is simply to provide information from Quran, Hadith, and Scholarly explanations / Quranic interpretations about the story of Jesus and the counter arguments in the Quran about Jesus, and other Christianity fundamentals. The book will take you back in time and narrate Islamic viewpoints on the day 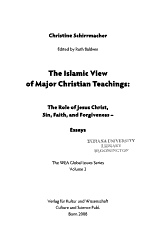 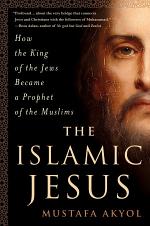 Authors: Mustafa Akyol
Categories: Religion
“A welcome expansion of the fragile territory known as common ground.” —The New York Times When Reza Aslan’s bestseller Zealot came out in 2013, there was criticism that he hadn’t addressed his Muslim faith while writing the origin story of Christianity. In fact, Ross Douthat of The New York Times 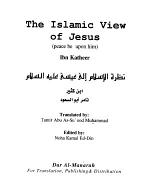 Authors: IslamKotob
Categories: Religion
This book provided by Islamkotob.com as public domain book to share Islamic knowledge.If you have benefited from the book please donate to the publisher using Bitcoin 1KabbwfAuLBCRYD8xGQkEvUkXCbpzBgvdR If you have any comments on published book contact info [at] islamkotob.com

The Islamic View of Jesus