Volume 4 of The Other Side of the Wire looks at the events that occurred in preparation for the German Offensives of 1918; the last attempt to bring victory to the German Army. The book describes the experiences of the men of the 26th and 28th Reserve Divisions as the men prepared for the Spring Offensives, the attacks and the subsequent events that took place until November 1918. The book continues to follow the events of these divisions following the series of offensives and the eventual collapse of the German armies in the west, up through the final months of the war until the Armistice and the journey home. The book looks at the collapse of the structure of the German forces; from a powerful force until it was no more than an empty shell of its former self. In the past it was assumed that the German Army was not defeated in the field, and as such the events of the last months of the war helped to spread the concept of the army being stabbed in the back by the events that occurred inside Germany with political unrest. This volume will show what truly happened within the army ranks. While many books end at the Armistice on 11 November 1918, this volume will take the reader into the postwar years, the creation of the veteran organizations, the rise of the Nazi Party, and the decades that followed the end of the Second World War. One major event that is described in detail is what happened to the Jewish veterans of the Great War during the reign of Adolf Hitler. The book, the final volume in the series, completes the story of the men who went off to war in 1914 with the flush of victory, and who ultimately faced defeat four years later. It is unique in the sense that the books follow the XIV Reserve Corps throughout the war and into the postwar years, giving the reader a personal glimpse into a piece of history that is all too often ignored; the personal aspect of this important aspect of world history. 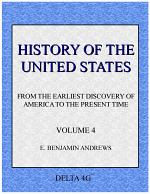 History of the United States Volume 4

Authors:
Categories:
Books about History of the United States Volume 4 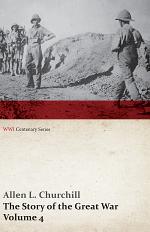 Authors: Allen L. Churchill, Francis Trevelyan Miller
Categories: History
This is the fourth volume in a wonderful series of publications covering the history of the First World War. It includes the chapters 'Zeppelins Attack London', 'The Battle of Verdun', 'Bulgarian Attacks', and many more and is perfect for anyone interested in the history of the conflict. This book is 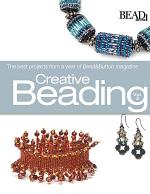 Authors: Editors of Bead&Button Magazine
Categories: Crafts & Hobbies
This book showcases the best projects from a year of Bead&Button magazine in a gorgeous hardcover volume. With 80 beautiful beading projects featuring a variety of techniques – stringing, wirework, stitching, bead crochet, and more –Creative Beading, Vol. 2 is sure to spark beaders’ imaginations and enhance their skills. 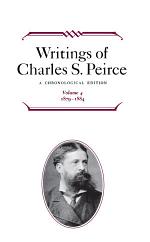 Authors: Charles S. Peirce
Categories: Literary Criticism
"The volumes are handsomely produced and carefully edited,... For the first time we have available in an intelligible form the writings of one of the greatest philosophers of the past hundred years... " —The Times Literary Supplement "... an extremely handsome and impressive book; it is an equally impressive piece 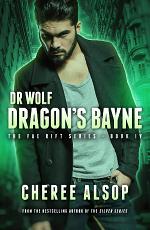 Authors: Cheree Alsop
Categories: Fiction
Rumors of a dragon have rattled Edge City along with mangled bodies that throw a light of distrust on Dr. Wolf. Protestors warn against the werewolf doctor while Dr. Wolf pushes himself to the limits to save more fae that have fallen through the rift into a scared city. A