The Plague Merchants describes the horrifying feasibility of a genetically engineered virus, formed from AIDS and influenza, that creates a doomsday weapon. If unleashed in a crowded subway, the resulting plague can sweep across the country, spread by airborne contagion, annihilating every other person. The creator of this weapon of mass destruction is the world-renowned and enigmatic molecular biologist Michelle Exeter, cloistered in a testing facility of the Neogenics biotechnology company in the Texas Hill Country. Her clandestine biological-weapons research is underwritten by covert Defense Department funds funneled through United States Senator Prentiss Standridge and company CEO Charles Dunn. A delirious Hispanic, found wandering the roadside near the research laboratory, is rescued by two policemen. His death in the local ER from fulminant lung hemorrhage mystifies physician Hector Morales, and he solicits the aid of Dr. Betty Freeman, a Neogenics director, in identifying the cause of death. Within 72 hours one of the policemen exposed to the Hispanic dies a similar death, asphyxiating from hemorrhage into his lungs, confirming its infectiousness. When the scientific director of the company discovers the scope of viral-weapons production he is brutally silenced, his death made to appear a suicide. Then Chairman of the board, Nobel laureate Hadley Thorne, promptly disappears after his visit to the Hill Country research laboratory to shut down the illicit viral-weapons program. Dr. Freeman tenaciously pursues the mystery of these deaths and disappearances, suffering the disbelief of her family and police when she accuses Dr. Michelle Exeter of developing a viral-warfare weapon. Dr. Exeter, realizing that soon her life's work will be exposed by Betty Freeman and that she will be disarmed by the authorities, rushes to release her deadly recombinant virus in retribution for the Gulf-War attack by the United States that killed her unborn child and her mother. Only Betty Freeman can prevent the impending viral epidemic that would wipe out half the United States as the authorities refuse to believe her Cassandra warnings. In a race against the clock, Betty chases Michelle and her engineer father, Abdel Azziz, from Texas to Washington, DC where Michelle plans to release her deadly air-borne virus at the Washington Mall during the July 4th festivities. In a standoff of biblical proportions, Betty confronts Michelle in the Metrorail-subway station beneath the crowded Mall. 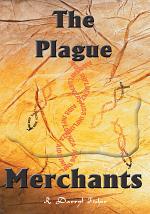 Authors: R. Darryl Fisher
Categories: Fiction
The Plague Merchants describes the horrifying feasibility of a genetically engineered virus, formed from AIDS and influenza, that creates a doomsday weapon. If unleashed in a crowded subway, the resulting plague can sweep across the country, spread by airborne contagion, annihilating every other person. The creator of this weapon of 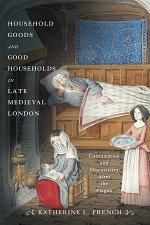 Authors: Katherine L. French
Categories: History
The Black Death that arrived in the spring of 1348 eventually killed nearly half of England's population. In its long aftermath, wages in London rose in response to labor shortages, many survivors moved into larger quarters in the depopulated city, and people in general spent more money on food, clothing, 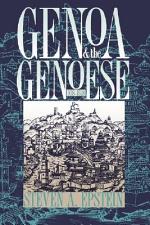 Authors: Steven A. Epstein, Steven Epstein
Categories: History
A history of Genoa, tracing the city's transformation from an obscure port into the capital of a small but thriving republic with an extensive overseas empire. Covering six centuries, the text interweaves political events, economic trends, social conditions and cultural accomplishments. 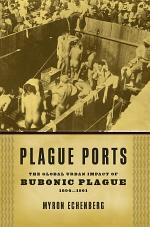 Authors: Myron Echenberg
Categories: History
Reveals the global effects of the bubonic plague, and what we can learn from this earlier pandemic A century ago, the third bubonic plague swept the globe, taking more than 15 million lives. Plague Ports tells the story of ten cities on five continents that were ravaged by the epidemic 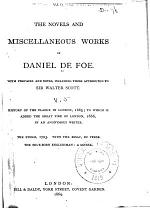 History of the Plague in London, 1665

Authors: Daniel Defoe
Categories: Fires
Books about History of the Plague in London, 1665