We hear the reports and see the video all too often: youth coaches and officials assaulted, fights breaking out at youth sporting events, and parents and coaches losing control over what should be a child’s game. It doesn’t have to be that way. What we don’t see are the thousands of youth football coaches who do it the right way: teaching the game and the ethos of the game to children who love to play. Coaching youth football can be one of the most exciting, exhilarating, and rewarding experiences. It takes a tremendous amount of hard work, and an ability to communicate with other coaches, players, and parents, but there are few things to compare with watching young people compete and win, or learn lessons that will help them for a lifetime. Teaching the game of football goes far beyond the white lines, beyond the techniques of blocking and tackling. Along with learning the fundamentals of the game, young people learn teamwork, sportsmanship, responsible leadership, and the need to work hard and prepare to reach goals. To avoid being one of those trapped in a nightmare, a youth coach must master the ability to relate to both players and parents. Above all, a coach must communicate. It is important that parents trust the coach. After all, parents are submitting their child to a game that is, by its very nature, physically brutal. Parents need to trust that the coach will have the best interests of the team, and their child, in mind at all times. When those interests collide, parents need to know why a coach makes certain decisions, and how that will affect their child. Along with communicating with adults, youth football coaches must be experts in understanding and relating to children. Youth football players have very little concept of the actual fundamentals of the game. They see a college or professional game on television and see long passes, break away runs, or big hits and the thousands of people who cheer while players celebrate. This is far from the reality of the game. Coaches must be able to demonstrate and teach fundamentals. Big plays come out of the ability to be fundamentally sound, and being fundamentally sound takes hour upon hour of watching, listening, and practicing. In the NFL, and increasingly in college, success is defined by wins and losses. The bottom line is paramount. This isn’t necessarily different at the youth level; the bottom line is simply wider. Wins and losses are important, and no one wants to play for a loser. But, if a youth coach is successful, they create not only wins on the field; they also help to create joy in the hearts of children and parents, players who learn how to play and how to be leaders, and, most of all, a successful youth coach gives players the building blocks to be successful in life. About the Expert John Seagroves has taught and coached at the middle school level for over a decade in eastern North Carolina. He and his wife, Corrie, live in Rocky Mount. They have one daughter, Elizabeth, who is an outstanding student and athlete in her own right. He has coached football in four different school systems. In that time, his football teams have compiled a .784 winning percentage. He has led football, softball, and basketball teams to county and conference titles in the process. More importantly, he is proud of the overwhelming success his players have had in the classroom, many going on to study and earn college degrees at some of the most prestigious universities in the region. Mr. Seagroves would like to thank Coach Todd Brewer of Nash Central High School for his contributions on offensive philosophy for youth football and on how to establish expectations in your program. Coach Brewer and Mr. Seagroves spent several years coaching together, and much of the information in this book evolved from that partnership. HowExpert publishes quick 'how to' guides on all topics from A to Z by everyday experts. 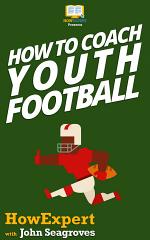 How To Coach Youth Football

Authors: HowExpert, John Seagroves
Categories: Sports & Recreation
We hear the reports and see the video all too often: youth coaches and officials assaulted, fights breaking out at youth sporting events, and parents and coaches losing control over what should be a child’s game. It doesn’t have to be that way. What we don’t see are the thousands 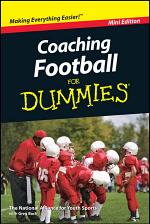 Authors: National Alliance for Youth Sports, Greg Bach
Categories: Sports & Recreation
Touchdown! This fun and easy reference will help you makeit happen. Signed up to coach the football team and not sure where to start? This fun reference guides you through the beginning of the season to the end of the season, with helpful tips along the way. You also gain 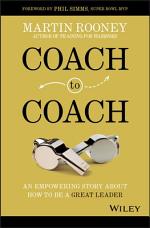 Authors: Martin Rooney
Categories: Business & Economics
Learn the secrets for becoming the inspirational coach everyone is waiting for Think about the coaches you’ve had throughout your life. Most likely, some were good, others not so good. Maybe one or two were great. One thing is undeniable: Coaches can influence your life in ways that can be

History of Wrestling in Iowa, A: Growing Gold

Authors: Dan McCool
Categories: History
The state of Iowa is just as well known for prominent wrestlers as it is acres of corn and beans. That gives the state the mighty distinction of feeding the world and defeating it on the mat. Men like Dan Gable, Tom Brands, Harold Nichols, Jim Miller, Nick Mitchell and 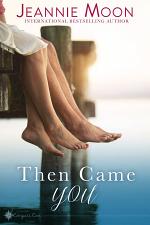 Authors: Jeannie Moon
Categories: Fiction
Mia DeAngelis knew it was time to make a change. Wanting to provide a better life for herself and her ten-year-old nephew, Ben, she took a chance and moved to the small town of Compass Cove. Now, the college librarian is adapting to a new job, a new town, and