“The Stranded Tribe” is the neglected story of the Ulster Unionists who were compelled to become part of the new Catholic and Gaelic Irish Free State in 1922. It follows the lives of the Presbyterian working-class Vance family, especially the two sons, William and Jamie, in the turbulent period of Irish history between 1895 and 1923. They live and work in East Donegal where one becomes involved with a local Ulster Volunteer unit and the other becomes a local railway official. In 1914 William Vance responds to the Empire’s call to fight Germany and joins the Ulster Division. As a member of the 11th Inniskilling Fusiliers, he takes part in the unbelievable slaughter of the first day of the Battle of the Somme in 1916. Later, his brother joins the same regiment and is badly wounded during the Battle of Messines. Following a long recovery he takes on security work on the Donegal Railways and plays a significant part in trying to forestall guerrilla attacks by the IRA on its services. The brother of Jamie’s Catholic girlfriend is an IRA leader in Donegal. In the Civil War he is on the Anti-Treaty side and both he and Jamie are drawn into the conflict in West Fermanagh where the IRA invades Northern Ireland’s territory in an attempt to destabilise the six-county statelet. The Loyalists in the three mainly Nationalist and Catholic Ulster counties not included in the new Northern Ireland have most of their links with the UK broken and some of them suffer persecution. Death threats against Jamie Vance and his family force him to take a temporary job in Scotland. Here, he finds himself struggling against a desperate, high-level assassination plot which threatens to destroy the shaky relationship between Britain and the new Irish Free State which is struggling to rout the Irregular forces in Ireland. The book outlines the brutal struggle between the two conceptions of Ireland – the nationalist Catholic and Gaelic one and the unionist pro-British and monarchical one. But it also takes some of the simplicity out of this division by showing the many variations on both sides. The great majority of the incidents in the book are based upon real events gleaned from books and newspapers of the period. Research for the book took five years as well as significant time in the area itself. “The Stranded Tribe” is not only about the drawing of a new boundary in Ireland between mainly Protestant and Catholic states. It is also about political, religious and community responses to a world facing unprecedented social and technological change. 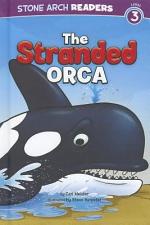 Authors: Cari Meister, Steve Harpster
Categories: Juvenile Fiction
Bruno the orca is stranded on the beach--can his friends come up with a plan to rescue him in time? 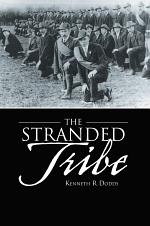 Authors: Kenneth R Dodds
Categories: Fiction
“The Stranded Tribe” is the neglected story of the Ulster Unionists who were compelled to become part of the new Catholic and Gaelic Irish Free State in 1922. It follows the lives of the Presbyterian working-class Vance family, especially the two sons, William and Jamie, in the turbulent period of 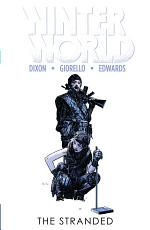 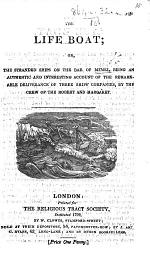 The Life Boat; Or, the Stranded Ships on the Bar of Memel, Etc

Authors: MEMEL.
Categories: Comics & Graphic Novels
Books about The Life Boat; Or, the Stranded Ships on the Bar of Memel, Etc

Authors: Jane Yolen
Categories: Juvenile Fiction
When Sally and her brothers spot a beached whale on their way home from school in Maine, the town races to save the it. Meanwhile, Sally sits close to the whale's eye and assures the stranded creature of its strength and beauty.