In The Tail of the Dragon, Marcia B. Siegel and Nathaniel Tileston track the evolution of new dance in New York during the rich and crucial transitional period from the mid-1970s to the early 1980s. Siegel, one of America's most important dance critics, and Tileston, an accomplished dance photographer, focus on the choreographers who were propelled into rebellion against conventional modern dance by the Judson Dance Theater and other countercultural movements born of the 1960s. This collection of Siegel's writing, compiled from reviews in Soho Weekly News and New York Magazine, as well as from longer essays and notebook pieces, forms an insightful commentary--occasionally wry, always perceptive—on the absorption of a radical art form by the mainstream. From minimalism, improvisation, street dancing, body awareness, and “poor theater” experimental strategies, these young rebels identified and adopted personal styles of movement and dancemaking; from that, they turned gradually to tamer, more accessible work, marked by virtuosic dancing, proscenium-ready repertoires, and touring companies. Included in this story are the principal players in the “postmodernist” dance movement—Merce Cunningham, Twyla Tharp, Trisha Brown, David Gordon—now well known internationally as leaders of dance in the 1990s. Siegel also looks at artists who worked steadily but less visibly, influential ones who drifted out of dance, and unknowns who have gained prominence. The dances described here are formal and outlandish, scruffy and beautiful, endearingly fallible and icily perfect. In rightfully celebrating the importance of dances long forgotten, The Tail of the Dragon produces a vibrant portrait of a generation of dance. 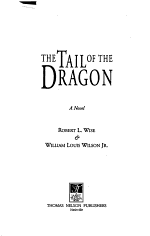 The Tail of the Dragon

Authors: Robert L. Wise, William Louis Wilson, Jr.
Categories: Fiction
When Dr. Greg Parker, head of the National Security Agency's Geological Research Department, uncovers the link between the CIA and a series of devastating tremors in America and Jerusalem, he joins his estranged daughter Sarah, a journalist, in a fight against a group of conspirators led by CIA operative Alex 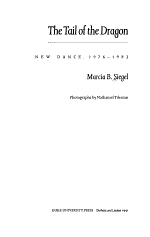 The Tail of the Dragon

Authors: Marcia B. Siegel
Categories: Performing Arts
Dance critic Siegal and photographer Nathanial Tileston track the evolution of new dance in New York during the rich and crucial transition period from the mid-1970s to the early 1980s. With 38 bandw photographs. Annotation copyrighted by Book News, Inc., Portland, OR

Under the Dragon's Tail

Authors: Maureen Jennings
Categories: Detective and mystery stories
Dolly Merishaw is a midwife and an abortionist in Victorian Toronto, and although she keeps quiet about her clients, her contempt and greed leaves them resentful and angry. It comes as no surprise to Detective William Murdoch when she is murdered.

The Tale of Custard the Dragon

Authors: Ogden Nash
Categories: Juvenile Nonfiction
In this humorous poem, Custard the cowardly dragon saves the day when a pirate threatens Belinda and her pet animals. 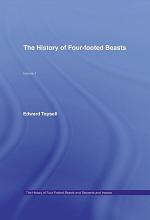