During the last 30 years, Advanced Architecture has consolidated an interactive and informational logic that differs from that of Modernity and Postmodernity. This logic is threefold; it is modulated through three coexisting protocols -modes of action- whose peaks of intensity occur in three different decades: Conformative Protocols (1990-2000), Distributive Protocols (2000-2010) and Expansive Protocols (2010-2020). This work proposes a threefold cultural narrative whose interactive and informational logic differs from that of modernity and postmodernity. It positions three different ethos by critically approaching the architectural side of a cultural mutation that has been affecting the Western experimental areas of knowledge and practice since the end of the last century. A transformative process constituted by a constellation of transdisciplinary manifestations, accelerations, turns, shortcuts and clusterizations that by no means can be read under one single epistemological umbrella. In this sense, rather than approaching the practice of architecture focusing on its disciplinary inner specificity, this book approaches the research of experimental architecture focusing on its extra-disciplinary entanglements. It argues that a vast multiplicity of fields of knowledge participates in a cultural endeavour modulated through three protocols -forms of action- that singularize three decades: Conformative Protocols (1990-2000), Distributive Protocols (2000-2010) and Expansive Protocols (2010-2020). These three periods shouldn’t be read as three hermetic and concatenated monades, but as three different modulations of the same narrative, that is, as three overlapping and coexisting systems whose peaks of intensity occur in three different decades. However, the main purpose of this book is not limited to unveiling the ethos of these three conjugations. It also aims at using this framework as a “time-field”, a narrative map that moves from the classificatory to the cartographical in order to vectorize the last 30 years of experimental architecture. In this sense, this book argues that this threefold set of protocols represents the progressive attempt to constitute critical interiorities “looking for” and “produced through” interactions that are increasingly more intimate and whose agents are increasingly more diverse. A tendency oriented towards the consolidation of an “intimacy between strangers” that highly resonates with the cultural and technological landscape in which experimental architecture operates. 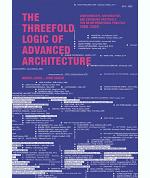 The Threefold Logic of Advanced Architecture

Authors: Manuel Gausa, Jordi Vivaldi
Categories: Architecture
During the last 30 years, Advanced Architecture has consolidated an interactive and informational logic that differs from that of Modernity and Postmodernity. This logic is threefold; it is modulated through three coexisting protocols -modes of action- whose peaks of intensity occur in three different decades: Conformative Protocols (1990-2000), Distributive Protocols
Language: en
Pages:

Authors: Jordi Vivaldi
Categories: Architecture
Limit-Space is an architectural speculation. It constitutes a spatial logic resonating with the ontological subjectlessness embraced by the 21st century and its myriad of multi-specie agencies, human and non-human, organic and non-organic, natural and artificial. Conceived, built and inhabited by a myriad of xenos emancipated from the absolute subject of 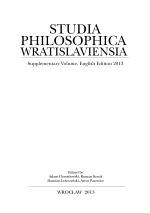 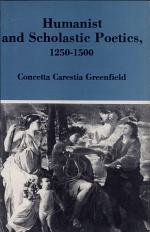 Authors: Concetta Carestia Greenfield
Categories: Literary Criticism
After two introductory chapters on the humanist and scholastic Aristotelian traditions, the author devotes thirteen chapters to the positions taken by various influential participants in the debates on Humanism versus Scholasticism. Included in this close analysis are: Petrarch, Boccaccio, Salutati, Politian, and others. 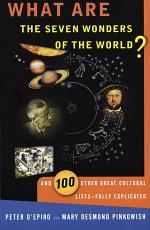 What are the Seven Wonders of the World?

Authors: Peter D'Epiro, Mary Desmond Pinkowish
Categories: Reference
Can you name...Newton's 3 laws of motion?The 4 horsemen of the Apocalypse?The 5 pillars of Islam? The 6 wives of Henry VIII?The 7 kinds of plane triangles? The 8 Beatitudes?If you're not sure about the answers to the above, this is the book for you. A compendium of 101 culturally