The material for THE TWELVE ASTROLOGICAL HOUSES: The Way of Creative Accomplishment, was written in 1943-44, immediately following THE ZODIAC as THE UNIVERSAL MATRIX. Like its companion book, it is one of Rudhyar's most accessible and easy-to-read works. It provides comprehensive descriptions of each of the ten astrological planets in each of the twelve astrological houses. In common with THE UNIVERSAL MATRIX, the astrological interpretations are more striking, psychological and critical than what we came to expect from Rudhyar during the second half of the 20th century. The electronic publication includes hyperlinks to the birth charts of dozens of interesting example nativities. This volume should not to be confused with Rudhyar's later works -- "THE ASTROLOGICAL HOUSES: The Spectrum of Individual Experience" -- which is currently out-of-print and available used at Amazon.com -- or with "The Twelve Houses as Problems We All Face." Some sample passages from THE TWELVE ASTROLOGICAL HOUSES: "Every personality is the child of an individual vision (Ascendant) and of a set of collective habits (second house), Rudhyar writes. The great person is one who uses such habits to demonstrate the vision - and thereby repolarizes them. The weak personality lets collective habits use the vision which thereby becomes distorted and materialized. Every personality is a field of integration for individual vision (first house) and collective habits (second house) - our inner life is very often a battlefield! It is in the third house that the issue . . . is determined; for it is the quality of the person's environment and of his mentality (largely conditioned by education) which will decide in the third house whether the fourth house factors (ego, home, and so on) will be energized preponderantly either by those developed in the first house or those belonging to the second house." PLANETS IN THE FIFTH HOUSE "When a strong planet or a group of planets are located in the fifth house of a natal chart this does not mean the native will necessarily be a particularly gifted artist, or a great lover, or the progenitor of many children, and so on. It indicates, rather, that matters related to this house will be insistently the focal point for the person's attention. The native will be involved in fifth house issues and experiences by apparent choice or by compulsion . . . They will create problems which will demand a solution. Problems however constitute opportunities for growth and for 'creative accomplishment' - thus the title of this series. Where there are no problems, the mind and will of the individual are not roused into operation . . ." MOON IN THE ELEVENTH HOUSE "The Moon in the eleventh house signifies a person highly sensitive to social moods and changes, who is often the mouthpiece of some great mass-movement seeking expression in a subterranean manner. The spiritual-occult systems proclaimed by Rudolph Steiner are much involved in personalized states of consciousness and dependent on personal 'revelations'. Indeed, it might be argued the 'revelations' of the seer could merely be projections of his collective, national and personal 'hopes and wishes' and fears and prejudices, rather than authentic and significantly interpreted revelations of spiritual realities. The traditional chart of Joan of Arc shows Moon conjunct Jupiter in the eleventh house - indeed an excellent symbol for one whose "Voices" saved a Kingdom . . ."

Authors: Dane Rudhyar, Michael R. Meyer
Categories: Body, Mind & Spirit
The material for THE TWELVE ASTROLOGICAL HOUSES: The Way of Creative Accomplishment, was written in 1943-44, immediately following THE ZODIAC as THE UNIVERSAL MATRIX. Like its companion book, it is one of Rudhyar's most accessible and easy-to-read works. It provides comprehensive descriptions of each of the ten astrological planets in

Authors: Howard Sasportas
Categories: Body, Mind & Spirit
Acclaimed astrologer Sasportas explores in detail the experiences and situations associated with each of the houses, describing not only their tangible associations but also the more subtle meanings of each of the different spheres of life. 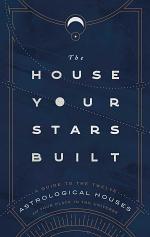 The House Your Stars Built

Authors: Rachel Stuart-Haas
Categories: Body, Mind & Spirit
Level up your stargazing skills and learn to interpret your own astrological birth chart with this fun, accessible guide to the twelve houses of the zodiac, perfect for armchair astrologers everywhere! So you know your sun sign, rising sign, and moon sign…but what about the rest of your birth chart?

Authors: Howard Sasportas
Categories: Astrology
Your astrological birthchart is a map which can guide you to true self-knowledge. Everyone born on a given day will have the same planets in the same signs, but planetary placements in the houses depend on a more individual factor - the exact place and time of your birth. 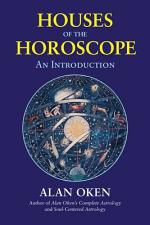 Houses of the Horoscope

Authors: Alan Oken
Categories: Body, Mind & Spirit
Every astrologer needs a good understanding on the astrological houses, and Houses of the Horoscope: An Introduction provides a practical and valuable sourcebook. Alan Oken masterfully guides you through the concepts of the meanings and the nature of the twelve astrological houses. He provides a core description of the twelve