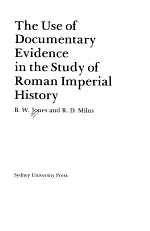 Authors: Brian W. Jones, R. D. Milns
Categories: History
Books about The Use of Documentary Evidence in the Study of Roman Imperial History 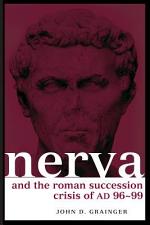 Nerva and the Roman Succession Crisis of AD 96-99

Authors: John D. Grainger
Categories: History
John Grainger's detailed study examines a period of intrigue and conspiracy, studies how, why and by whom Domitian was killed and investigates the effects of this dynastic uncertainty and why civil war didn't occur in this time of political upheaval. 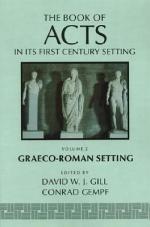 The Book of Acts in Its Graeco-Roman Setting

Authors: David W. J. Gill, Gempf
Categories: Religion
The Book of Acts in Its Graeco-Roman Setting locates the Book of Acts within various regional and cultural settings in the eastern Mediterranean. These studies draw on recent archaeological fieldwork and epigraphic discoveries to describe the key cities and provinces within the Roman Empire. The relevant societal aspects of these 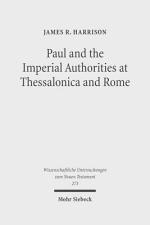 Paul and the Imperial Authorities at Thessalonica and Rome

Authors: James R. Harrison
Categories: Religion
James R. Harrison investigates the collision between Paul's eschatological gospel and the Julio-Claudian conception of rule. The ruler's propaganda, with its claim about the 'eternal rule' of the imperial house over its subjects, embodied in idolatry of power that conflicted with Paul's proclamation of the reign of the risen Son 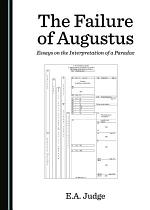 The Failure of Augustus

Authors: E.A. Judge
Categories: Literary Criticism
Augustus did not mean to become the “Founder of the Roman Empire”. We only say this to make sense of what happened later. At the time, there were indeed suspicions. However, Augustus plugged on with his propaganda, with a proud and clear aim in mind. In the end, though, his