Hitler’s attempt to murder all of Europe’s Jews almost succeeded. One reason it fell short of its nefarious goal was the work of brave non-Jews who sheltered their fellow citizens. In most countries under German control, those who rescued Jews risked imprisonment and death. In Poland, home to more Jews than any other country at the start of World War II and location of six German-built death camps, the punishment was immediate execution. This book tells the stories of Polish Holocaust survivors and their rescuers. The authors traveled extensively in the United States and Poland to interview some of the few remaining participants before their generation is gone. Tammeus and Cukierkorn unfold many stories that have never before been made public: gripping narratives of Jews who survived against all odds and courageous non-Jews who risked their own lives to provide shelter. These are harrowing accounts of survival and bravery. Maria Devinki lived for more than two years under the floors of barns. Felix Zandman sought refuge from Anna Puchalska for a night, but she pledged to hide him for the whole war if necessary—and eventually hid several Jews for seventeen months in a pit dug beneath her house. And when teenage brothers Zygie and Sol Allweiss hid behind hay bales in the Dudzik family’s barn one day when the Germans came, they were alarmed to learn the soldiers weren’t there searching for Jews, but to seize hay. But Zofia Dudzik successfully distracted them, and she and her husband insisted the boys stay despite the danger to their own family. Through some twenty stories like these, Tammeus and Cukierkorn show that even in an atmosphere of unimaginable malevolence, individuals can decide to act in civilized ways. Some rescuers had antisemitic feelings but acted because they knew and liked individual Jews. In many cases, the rescuers were simply helping friends or business associates. The accounts include the perspectives of men and women, city and rural residents, clergy and laypersons—even children who witnessed their parents’ efforts. These stories show that assistance from non-Jews was crucial, but also that Jews needed ingenuity, sometimes money, and most often what some survivors called simple good luck. Sixty years later, they invite each of us to ask what we might do today if we were at risk—or were asked to risk our lives to save others. 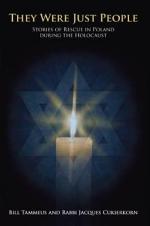 They Were Just People

Authors: Bill Tammeus, Jacques Cukierkorn
Categories: History
Hitler’s attempt to murder all of Europe’s Jews almost succeeded. One reason it fell short of its nefarious goal was the work of brave non-Jews who sheltered their fellow citizens. In most countries under German control, those who rescued Jews risked imprisonment and death. In Poland, home to more Jews 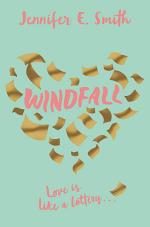 Authors: Jennifer E. Smith
Categories: Young Adult Fiction
Alice doesn't believe in luck, Alice believes in love. Mostly that she's been in love with her best friend, Teddy, for the last three years. When she buys him a lottery ticket for his birthday and he wins 32 million dollars, they are thrown together with the world at their 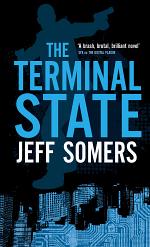 Authors: Jeff Somers
Categories: Fiction
Avery Cates is in better shape than ever with the top-class augments the army's fitted him with. Pity he's no more than a puppet then, because they've also got a remote that can fry his brain at any second. And now a corrupt colonel is selling his controls to the 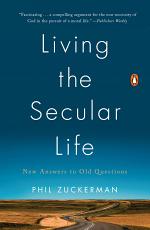 Authors: Phil Zuckerman
Categories: Social Science
“A humane and sensible guide to and for the many kinds of Americans leading secular lives in what remains one of the most religious nations in the developed world.” —The New York Times Book Review Over the last twenty-five years, “no religion” has become the fastest-growing religious preference in the 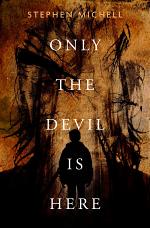 Only the Devil Is Here

Authors: Stephen Michell
Categories: Fiction
“A gripping, cinematic supernatural thriller, shot through with unsettling imagery and startling insights into the nature of good and evil.” —David Demchuk, Sunburst Award–winning author of The Bone Mother Kidnapped from his foster home, six-year-old Evan desperately searches for a way to escape his brutally violent captor, Rook. Armed with