Rich Eisen always wanted to write a book, not only because he has a lot of fun, interesting stories he's been dying to share with everyone, but also because he's interviewed hundreds of athletes--many of whom like to refer to themselves in the third person. In his eleven years as a national television sportscaster, Rich Eisen has been envious of those athletes because Rich Eisen has never been able to do that on his job, so the host of NFL Network decided to write a book and use it as an admittedly feeble excuse to go third-person on everybody. Not throughout the whole book, of course. That may get quite exhausting for the reader. But for an entire book jacket? Well, Rich Eisen was all over that. That's the why behind this book. As for the how, Rich Eisen just took it one sentence at a time and hoped for the best. You know, start with a few words and turn those words into sentences which turned into paragraphs and chapters and, eventually, into this book. Rich Eisen didn't worry about the big picture and just kept focusing on the things that he could control--the keyboard, the ON/OFF button on his computer, his dictionary, his thesaurus, and last--but certainly not least--the spell-check on his word processing program. One day, when it's all over, only then will Rich Eisen look back on his career and try to put it all in perspective, but right now Rich Eisen absolutely knows he would not be where he is today without his spell-check. By now you must be wondering: What's this book about? It's about a journey. It's about eating, living, and breathing the most popular sport in the history of America. The passion. The pageantry. The pigskin. Thanks to his role as host of the NFL Network's signature program, NFL Total Access, Rich Eisen gets to go to virtually every event on the NFL Calendar---the Super Bowl, the Pro Bowl, the Scouting Combine, the NFL Draft, and the Hall of Fame Induction Weekend. You name it, Rich Eisen is there. And thanks to this book, you can go along for the ride with him--in front of the camera interviewing league MVPs and former presidents of the United States or behind the scenes with some of the game's all-time greats like Deion Sanders, Ray Lewis, and Brett Favre, just to name a few. I mean, Rich Eisen doesn't want to name-drop. In all seriousness, Rich Eisen doesn't have an ego problem. At any rate, if you love the NFL (and who doesn't), then this book is for you. If you're curious what it would be like to live the sport year-round, this book is for you. You see, it's not all about Rich Eisen. It's about you reading this book and enjoying it to its fullest. At least Rich Eisen hopes you will. Advance Praise for Total Access: "I've always admired Rich Eisen's work, so it's no surprise to me that his book is very entertaining. What is a surprise is that he's somehow found time to write it in between the NFL Network's 6,347 hours of coverage of weak-side linebackers who could be draft-sleepers. That sort of programming and this book about it are both genuine public services." ---Bob Costas "A lot of things in our lives are far less than as advertised, but this book advertises Total Access and gives you Total Access. That's right. Total Access! I'm not kidding. I liked this book and I'm not a reader." ---Tony Kornheiser, columnist for The Washington Post and co-host for ESPN's Pardon the Interruption "Rich uses his great sense of humor to detail the life of an on-air NFL personality. It is a world I know well, but still I couldn't stop turning the pages. It is a great read---a must for anyone who loves television and Pro Football." ---Joe Buck, Fox Sports 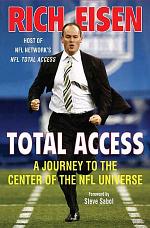 Authors: Rich Eisen
Categories: Sports & Recreation
Rich Eisen always wanted to write a book, not only because he has a lot of fun, interesting stories he's been dying to share with everyone, but also because he's interviewed hundreds of athletes--many of whom like to refer to themselves in the third person. In his eleven years as 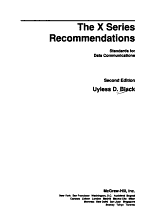 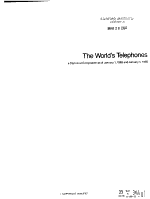 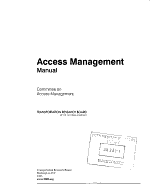 Authors: Uyless D. Black
Categories: Technology & Engineering
This manual provides technical information on access management techniques, together with information on how access management programs can be effectively developed and administered. It addresses issues of relevance to state, regional, and local practitioners, and discusses the variety of circumstances or situational factors that agencies may face. It takes a 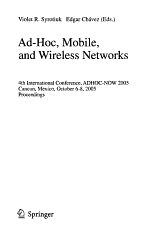