Locomotion involves many different muscles and the need of controlling several degrees of freedom. Despite the Central Nervous System can finely control the contraction of individual muscles, emerging evidences indicate that strategies for the reduction of the complexity of movement and for compensating the sensorimotor delays may be adopted. Experimental evidences in animal and lately human model led to the concept of a central pattern generator (CPG) which suggests that circuitry within the distal part of CNS, i.e. spinal cord, can generate the basic locomotor patterns, even in the absence of sensory information. Different studies pointed out the role of CPG in the control of locomotion as well as others investigated the neuroplasticity of CPG allowing for gait recovery after spinal cord lesion. Literature was also focused on muscle synergies, i.e. the combination of (locomotor) functional modules, implemented in neuronal networks of the spinal cord, generating specific motor output by imposing a specific timing structure and appropriate weightings to muscle activations. Despite the great interest that this approach generated in the last years in the Scientific Community, large areas of investigations remain available for further improvement (e.g. the influence of afferent feedback and environmental constrains) for both experimental and simulated models. However, also supraspinal structures are involved during locomotion, and it has been shown that they are responsible for initiating and modifying the features of this basic rhythm, for stabilising the upright walking, and for coordinating movements in a dynamic changing environment. Furthermore, specific damages into spinal and supraspinal structures result in specific alterations of human locomotion, as evident in subjects with brain injuries such as stroke, brain trauma, or people with cerebral palsy, in people with death of dopaminergic neurons in the substantia nigra due to Parkinson’s disease, or in subjects with cerebellar dysfunctions, such as patients with ataxia. The role of cerebellum during locomotion has been shown to be related to coordination and adaptation of movements. Cerebellum is the structure of CNS where are conceivably located the internal models, that are neural representations miming meaningful aspects of our body, such as input/output characteristics of sensorimotor system. Internal model control has been shown to be at the basis of motor strategies for compensating delays or lacks in sensorimotor feedbacks, and some aspects of locomotion need predictive internal control, especially for improving gait dynamic stability, for avoiding obstacles or when sensory feedback is altered or lacking. Furthermore, despite internal model concepts are widespread in neuroscience and neurocognitive science, neurorehabilitation paid far too little attention to the potential role of internal model control on gait recovery. Many important scientists have contributed to this Research Topic with original studies, computational studies, and review articles focused on neural circuits and internal models involved in the control of human locomotion, aiming at understanding the role played in control of locomotion of different neural circuits located at brain, cerebellum, and spinal cord levels. 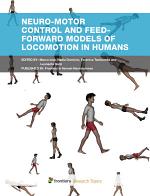 Neuro-motor control and feed-forward models of locomotion in humans

Authors: Marco Iosa, Nadia Dominici, Federica Tamburella, Leonardo Gizzi
Categories:
Locomotion involves many different muscles and the need of controlling several degrees of freedom. Despite the Central Nervous System can finely control the contraction of individual muscles, emerging evidences indicate that strategies for the reduction of the complexity of movement and for compensating the sensorimotor delays may be adopted. Experimental 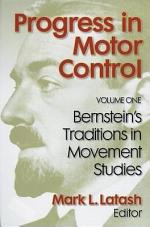 Authors: Mark L. Latash
Categories: Science
Contributors of the 16 papers were charged with reviewing urgent problems of motor control rather than reporting on their own research, in order to produce a broad reference for professionals and graduate students in the field. Four of them worked directly with Nikolai Berstein (1896-1966), the Russian scientist who first 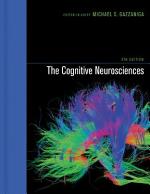 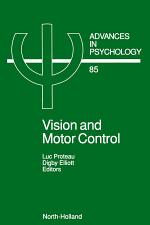 Authors: L. Proteau, D. Elliott
Categories: Science
Since the classic studies of Woodworth (1899), the role of vision in the control of movement has been an important research topic in experimental psychology. While many early studies were concerned with the relative importance of vision and kinesthesis and/or the time it takes to use visual information, recent theoretical 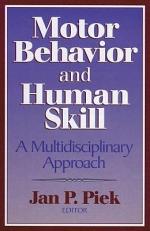 Authors: Jan P. Piek
Categories: Science
Motor Behavior and Human Skill details the most recent research in motor control and human skill. The book provides a forum for the analysis of the many diverse theoretical approaches used in the understanding of motor control, including the cognitive, dynamical systems, computational, and neurological approaches.