Weapons of Mass Deception reveals: How the Iraq war was sold to the American public through professional P.R. strategies. "The First Casualty": Lies that were told related to the Iraq war. Euphemisms and jargon related to the Iraq war, e.g. "shock and awe," "Operation Iraqi Freedom," "axis of evil," "coalition of the willing," etc. "War as Opportunity": How the war on terrorism and the war on Iraq have been used as marketing hooks to sell products and policies that have nothing to do with fighting terrorism. "Brand America": The efforts of Charlotte Beers and other U.S. propaganda campaigns designed to win hearts overseas. "The Mass Media as Propaganda Vehicle": How news coverage followed Washington's lead and language. The book includes a glossary — "Propaganda: A User's Guide" — and resources to help Americans sort through the deceptions to see the strings behind Washington's campaign to sell the Iraq war to the public. 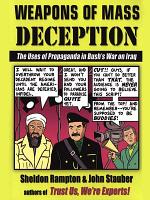 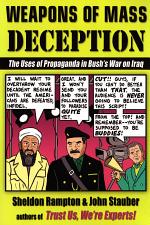 Authors: Steven Youell
Categories: Fiction
A new printing of Steven Youell's lecture notes, originally from 2009.These notes focus on two themes: Leveraging things you already know so you can create and increase your repertoire AND supplying you with Jaw Dropping effects that aren't hard to do.They have something for every skill level, from beginner to 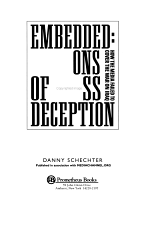 Authors: Danny Schechter
Categories: History
From the introduction: "This media war promoted the war it covered...First, it constructed the political environment, contributing to the sense of inevitability about the need for war, and then fostered approval for it. Critical voices quickly vanished as fighting got underway...Our understanding of what happened, our perceptions, points of view,