In Why It Is Good to be Good, John H. Riker argues that modernity, by undermining traditional religious and metaphysical grounds for moral belief, has left itself no way to explain why it is personally good to be a morally good person. Furthermore, modernity's regnant concept of the self as an independent agent organized around the optimal satisfaction of desires and involved in an intense economic competition with others intensifies the likelihood that modern persons will see morality as a set of limiting constraints that stand in the way of personal advantage and will tend to cheat when they believe there is little likelihood of getting caught. This cheating has begun to severely undermine modernity's economic and social institutions. Riker proposes that Heinz Kohut's psychoanalytic understanding of the self can provide modernity with a naturalistic ground for saying why it is good to be good. Kohut sees the self as a dynamic, unconscious structure which, when coherent and actively engaged with the world, provides the basis for a heightened sense of lively flourishing. The key to the self's development and sustained coherence is the presence of empathically responsive others_persons Kohut terms selfobjects. Riker argues that the best way to sustain vitalized selfobject relations in adulthood is by becoming an ethical human being. It is persons who develop the Aristotelian moral virtues_empathy for others, a sense of fairness, and a resolute integrity_who are best able to engage in the reciprocal selfobject relations that are necessary to maintain self-cohesion and who are most likely to extend empathic ethical concern to those beyond their selfobject matrixes. Riker also explores how Kohut's concept of the self incorporates a number of the most important insights about the self in the history of philosophy, constructs an original meta-psychology that differentiates the ego from the self, re-envisions ethical life on the basis of a psychoanalytically informed view of human nature, explores how persons might be able to nourish their selves in an age that neglects and destabilizes person's selves, and concludes with suggestions for how modernity must change if it is going to support selves and provide a compelling ground for moral life. 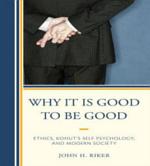 Why It Is Good to Be Good

Authors: John H. Riker
Categories: Philosophy
"John H. Riker's book is very compelling, original, and well argued. Quite a tour de force! His idea is very powerful, one that hopefully will stimulate a lot of discussion both within and outside of psychoanalysis."---Frank Summers, PhD, author of Self Creation: Psychoanalytic Therapy and the Art of the Possible 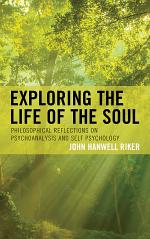 Exploring the Life of the Soul

Authors: John Hanwell Riker
Categories: Psychology
In this book, John Hanwell Riker develops and expands the conceptual framework of self psychology in order to offer contemporary readers a naturalistic ground for adopting an ethical way of being in the world. Riker stresses the need to find a balance between mature narcissism and ethics, to address and 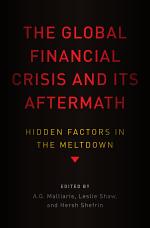 The Global Financial Crisis and Its Aftermath 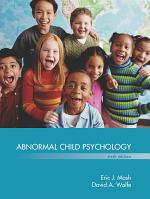 Authors: Richard S. Sharf
Categories: Education
Reflecting the latest practices from the field, the comprehensive THEORIES OF PSYCHOTHERAPY AND COUNSELING: CONCEPTS AND CASES, 6th Edition equips readers with a solid understanding of the systematic theories of psychotherapy and counseling. A proven author and popular professor, Dr. Richard Sharf combines a thorough explanation of concepts with insightful 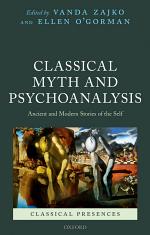 Authors: Vanda Zajko, Ellen O'Gorman
Categories: History
Since Freud published the Interpretation of Dreams in 1900 and utilized Sophocles' Oedipus Rex to work through his developing ideas about the psycho-sexual development of children, it has been virtually impossible to think about psychoanalysis without reference to classical myth. Myth has the capacity to transcend the context of any