Welcome to Hamlet—where everyone knows your name and, even so, no one is safe. You Were Made For Me is a collection containing three short stories set in the Hamlet series, surrounding the events prior to and during the first book, Don't Trust Me, and should be read after that one. This set includes: Obsession (Hamlet #0.5) Lucas De Angelis loved three things: His sister His hometown Being a doctor His wife should be on the list. Sometimes he asked himself why she wasn’t, before coming to the same conclusion: he didn't actually love her the way she wanted, or deserved. He thought of their marriage as one of convenience. Why not, right? Childhood sweethearts who didn’t know better, Lucas married Caitlin because it was expected of him. But Caitlin? She married Lucas because she was entirely consumed by her love for him. Obsessed. And everyone in town knew it. Was it a surprise he chose to get out whenever he could? With Caitlin running the Hamlet Sheriff Department, there was nowhere in Hamlet where he could hide from her when she got to be too much. So, unlike most of the other residents, Lucas hopped in his Mustang and fled to the outside on the regular. As the strain of his marriage weighed heavily on him, he took a lecturing gig at a nursing school a couple of hours away from Hamlet. That one decision changed the course of his life. Devotion (Hamlet #0.75) Tessa Ryan is finally Tessa Sullivan. After dating since they were teens, Jack has convinced her to marry him at last. The engagement already lasted three years; she couldn’t put it off any longer. So she married him, and as soon as the ring was on her finger, she promised herself that she would do everything she could to make this marriage work. No matter what she had to do—or what she had to sacrifice. Execution (Hamlet #1.5) It's been a handful of days since Tessa's husband, Jack, has been murdered. Trapped in Hamlet, under the watchful eye of the dedicated sheriff, Tessa goes out for breakfast in an attempt to get away from it all for a moment. Only she doesn't go alone... *Note: these three shorts were previously available on their own with the exception of Execution, which is part of theWelcome to Hamlet box set. You Were Made For Me is a compilation that put the three shorts together instead of keeping them separate. 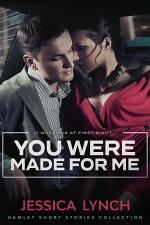 You Were Made For Me

Authors: Jessica Lynch
Categories: Fiction
Welcome to Hamlet—where everyone knows your name and, even so, no one is safe. You Were Made For Me is a collection containing three short stories set in the Hamlet series, surrounding the events prior to and during the first book, Don't Trust Me, and should be read after that 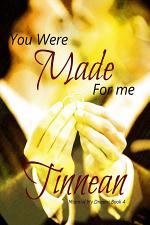 Mann of My Dreams Book 4: You Were Made for Me

Authors: Tinnean
Categories: Fiction
After one year, eight months, and five days -- after both being shot, after Mark Vincent rescuing Quinton Mann from kidnappers and Quinn rescuing Mark from a rival anti-terrorist organization, after dealing with deaths in the family and betrayal in the workplace, the CIA spook and the WBIS spy are 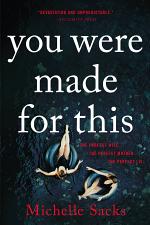 You Were Made for This

Authors: Michelle Sacks
Categories: Fiction
A gripping page-turner for fans of The Woman in the Window and The Perfect Nanny, Michelle Sacks's You Were Made For This provocatively explores the darkest sides of marriage, motherhood, and friendship. Doting wife, devoted husband, cherished child. Merry, Sam, and Conor are the perfect family in the perfect place. 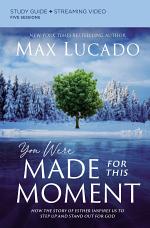 You Were Made for This Moment Study Guide plus Streaming Video

Authors: Max Lucado
Categories: Religion
Join Max Lucado on a journey through the book of Esther as he reminds us that God need not be loud to be strong, he need not cast a shadow to be present...and he is active even when he appears distant. This study was born in a hard season—a pandemic 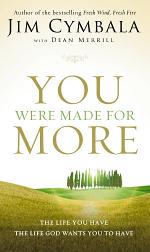 You Were Made for More

Authors: Jim Cymbala
Categories: Religion
Jim Cymbala knows something a lot of us miss--that a comfortable, secure life won’t produce the satisfaction we long for. How could we feel fulfilled by missing out on the life God has for us? Whether life seems good or not right now, Jim Cymbala believes that God has more